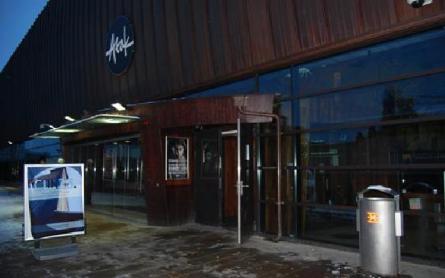 On Friday 18 January 2013, the 23rd meeting of Computational Linguistics in the Netherlands (CLIN 2013) took place in Enschede. The meeting was organized by the Human Media Interaction group of the University of Twente. After previous meetings in 1994 and 2001, this was the third time the CLIN meeting took place in Enschede. The location of the meeting was slightly unusual: Poppodium Atak in the Music Quarter of Enschede, with sessions taking place in (among other places) the concert halls, the café and the theatre hall. Many participants commented that they appreciated the special venue.

The conference had a large turnout, with 125 participants excluding the organizers and the invited speaker. The conference was international in nature: although the large majority of participants came from The Netherlands and Belgium, many other countries were represented as well, ranging from nearby Germany to far away China, Russia and USA.

More than 90 abstracts were submitted for CLIN 2013, leading to an extensive programme featuring 59 oral presentations (presented in 5 parallel sessions) and 19 poster presentations (including 4 software demonstrations) on a wide variety of topics in computational linguistics. Fitting with the tradition of CLIN as having a low threshold for starting researchers, we were pleased to have many presentations by graduate and undergraduate students.
All authors of accepted abstracts will be invited to submit a full version of their paper to the CLIN journal. These submissions will undergo a rigorous review process, and a selection of the best papers will appear in the journal.

At CLIN 2013, the STIL Thesis Prize for the best MA thesis in computational linguistics or its applications was awarded to Phong Le (UvA) for his thesis on "Learning Semantic Parsing".

We were very happy to have as our invited speaker Candy Sidner from Worcester Polytechnic Institute, USA, who told us about her research on conversational agents capable of building long-term relationships with people in her talk "Creating a Real-Time Conversation Manager with Multiple Time Scales".

There was also a plenary talk by Ineke Schuurman (and Jan Odijk) from CLARIN on the CLARIN pilot "TST Tools voor het Nederlands als Webservices in een Workflow (TTNWW)". The other gold sponsor of CLIN 2013, de Nederlandse Taalunie, was present in the foyer with a large stand. Silver sponsors Textkernel and Oracle also had a stand, while several of our other sponsors (as well as other companies) presented their work in the conference’s Industry Track. This track, which was a special feature of CLIN 2013, had eight talks on a large variety of language technology research in industry. It may have been a factor in attracting industry attention to CLIN 2013: among the participants were representatives from 12 different commercial companies, as well as other organizations such as NWO and Taalunie.

All in all, we look back on a very successful and inspiring conference.

CLIN 2013 was organised in cooperation with the SIKS research school. The sponsors that made CLIN 2013 possible through their contributions are CLARIN, Nederlandse Taalunie, Textkernel, Oracle, Telecats, Vereniging Werkgemeenschap Informatiewetenschap, Stichting NOTaS, Beeld en Geluid, CTIT, and GridLine. Charlotte Bijron, Alice Vissers, Teun Krikke, Lynn Packwood (HMI) and Adri Bolsenga (Atak) helped us a lot before and during the meeting.